What is Zero Party Data?

TL;DR - B2C expectations of data differ from B2B, but it's interesting to watch trends in the consumer space. The concept of zero party data is likely to be gradually coopted from B2C to B2B applications. What is it? Why does it matter? And what kind of questions does it raise?

As Awareness Grows so do Fascinating Questions

In February, 2019 Scott McNealy, former CEO of Sun Microsystems, made a dramatic entrance into the public debate over privacy, data, and consumer rights.

That's when his Op-Ed in USA today took Apple's Tim Cook to task on privacy and argued that rather than government regulation, competition among companies to demonstrate their care of consumers' data could be a differentiator and the shortest path to a "better" situation.

It wasn't just the heat he still feels over his exhortation of a couple decades earlier to simply "get over" the fact that we all now have zero privacy. He wrote the piece in his role as co-founder and chairman of Wayin (now Cheetah Experiences), a start-up that advocated for consumers right to own and control their zero-party data.

And he wasn't the first to say it. Forrester announced that the Age of Zero-Party Data is Here in it's 2019 B2C Marketing Predictions. But what exactly is Zero Party data?

Zero party data is the information which consumers explicitly grant marketers the right to use. Typically the grant is made in exchange for the promise of tailored experiences and offers.

The data is not inferred, but it's provided by consumers. It's not based on cookie tracking, pixels, reverse IP lookup or other methods of enrichment. It's information that the consumer provides.

Instead of, for instance, observing that someone primarily browses and orders historical fiction (first party data), zero party data might be the result of a quick "preferences survey" that an online store asks shoppers to complete, and in which they select historical fiction as their favorite genre.

So far so good. Whether as a brand you resolve to only use zero party data, or incorporate first, second and various third-party data sources into an integrated marketing data stack, it's hard to argue with the fact that the preferences someone explicitly shares are the most likely to resonate.

But does that answer all the questions?

As a consumer, is owning your own data really in your best interest? How effectively could you monetize it? What if you don't know what you don't know - and perhaps an entirely different genre would enrich your life and challenge you intellectually....but you simply didn't know to cite it as an option?

Should Consumers Be Allowed to Own Their Own Data and Grant Rights to it?

Behind the movement toward zero party data is the assumption that consumers would own their data and be able to control it.

Read the piece in full to draw your own conclusions, but here's a quick take of some key points.

Tonetti suggests that data would be more broadly available (a consumer could grant/sell rights to competitors rather than having a single company control it) but acknowledges that many products are substantially discounted because of the vendor's ability to monetize resulting data. Therefore prices would likely be higher, and while some portion of the increase might be offset by funds raised from the sale of data, there would be higher prices.

Kerry argues that consumers are likely to be cavalier with the sale of rights to their data, and should be protected from their own insouciance. He also suggests that the mechanics of administration would be so complex that it would overly burden business, and that legitimate business uses (which by implication would benefit consumers) would suffer.

While answers will be elusive, debates such as this illustrate the complexity of data related questions.

Solve for the Buyer

If you're looking for a yardstick for responsible use of data? Let us suggest that you solve for the buyer. Are you providing insight that will legitimately help them make better decisions and perform their job more effectively? Are you using data to help them? Seriously? Or are you using data to simply help you hit your KPIs?

We're going to have interesting philosophical about data for years to come, but in the meantime you should begin to formalize your data procedures and policies - beyond a reflexive GDPR spasm. Understand zero-party data, first, second and third; and understand third-party data collection options.

As you increasingly incorporate data into your processes to grow your business by helping others succeed, then keep the buyer first in mind. If you'd be comfortable defending your use of data, not just because that's what's common but because you're sincere that it's helping you help them, then that's a comfortable position from which to work. 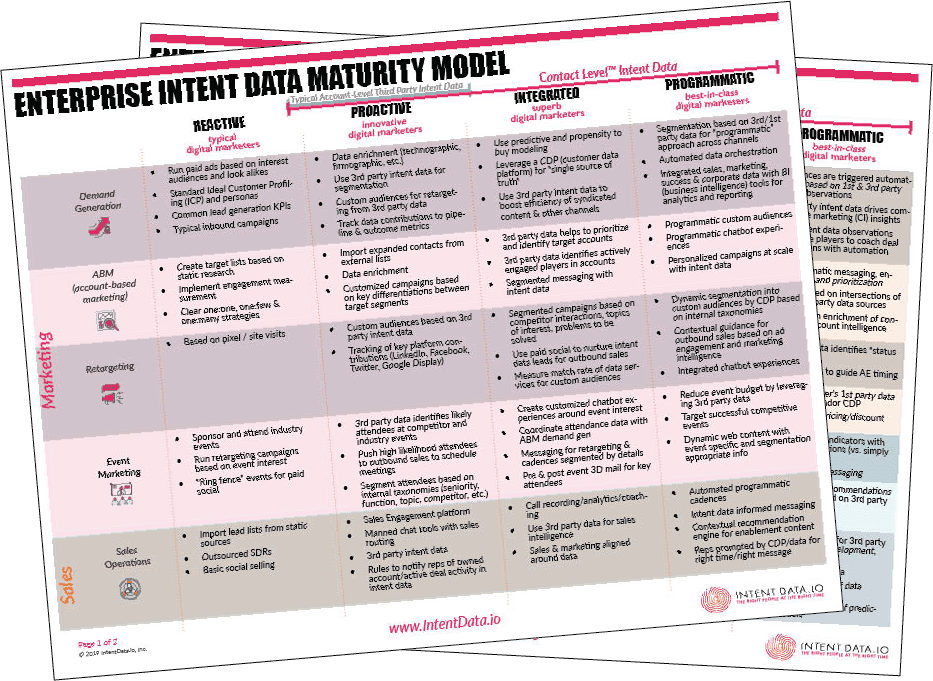 Take Your Intent Data To The Next Level 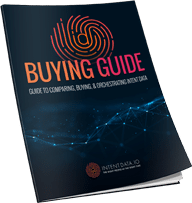